A History of Stannah Stairlifts

Probably one of the oldest and most established stairlift companies in the world, Stannah Stairlifts was founded almost 150 years ago. Still a private family run business now in its 6th generation, incredibly 100% of the company is still under ownership of the Stannah family. Stannah Stairlifts have grown exponentially over the decades and in 2009 reported a turnover of 183 million pounds, with a profit of almost 10 million pounds. An outstanding British company that has been recognised for its export achievements, three times picking up the Queen’s Award for Export Achievement in 1987 and twice in the nighties, 1994, 1999 and most recently in 2010.

Stannah Stairlifts designs, functionality and engineering has also been recognised by industry, in 2006 it was awarded the prestigious Golden Trophy Award for Design. However, its not just vision, determination, timing and engineering talent that drives a company to a global turnover of 183 million pounds. Stannah Stairlifts have been renowned for their advertising campaigns.

Having one fitted can help you feel independent….

We measure everything from your legs to your staircase…..to ensure the stairlift we fit, suits you and your home

There is no doubting the fact that curved stair lifts can be financially prohibiting. Straight stair lifts due to their lesser level […] 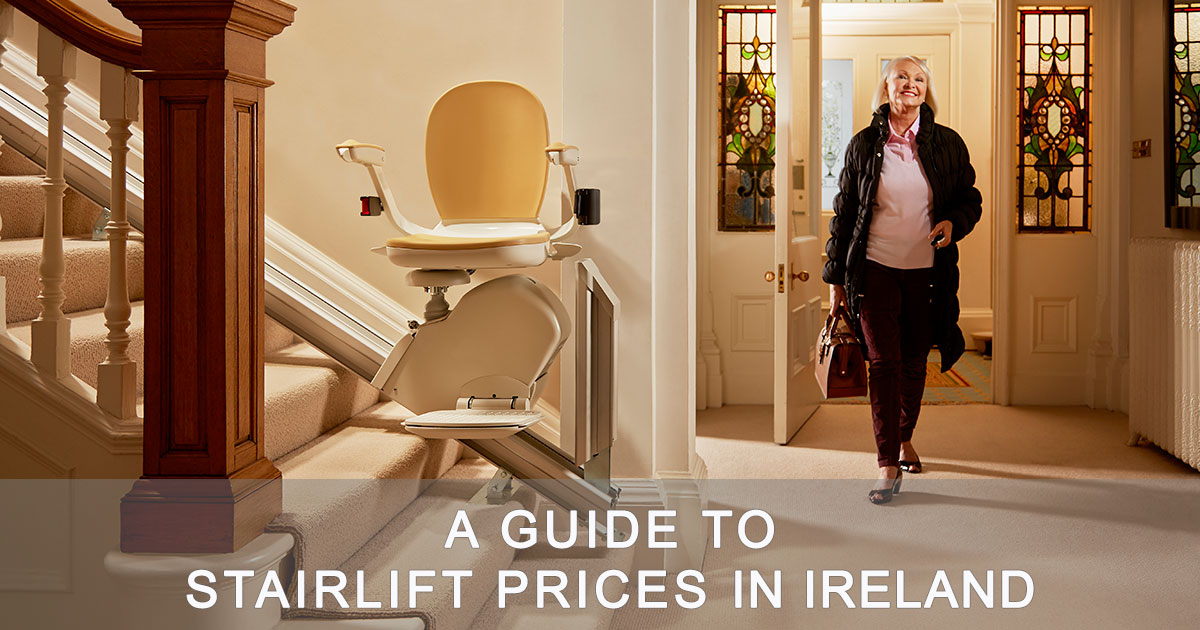 All you need to know about stair lift prices in Ireland. BM Stairlifts offer a FREE NO-OBLIGATION ON-SITE SURVEY AND QUOTE to all our customers. We are extremely competitive on price, without ever compromising on the quality of our stairlifts or aftercare service. Phone our office on 018020405.
The biggest aspect that will define the price is if your staircase is straight, very narrow, or has any turns.
Find out more…

Stairlifts Prices – Continued As we mentioned in our previous blog post, the factors that are attributed to stairlifts prices are: design […]

Any cookies that may not be particularly necessary for the website to function and is used specifically to collect user personal data via analytics, ads, other embedded contents are termed as non-necessary cookies. It is mandatory to procure user consent prior to running these cookies on your website.