COVID-19 UPDATE - We are open for business!
Find out more
Skip to content

Bison is yet another stairlift company that had its worldwide origins in England. Bison stairlifts was established in 1981, when its founder realised that there was a market for stairlifts that were customised and tailored to the specific needs of the customer. Both their personal needs and the infrastructure of the clients house and staircase.

Bison grew exponentially over the years which attracted the attention of Domus Homecara AG. Domus Homecare AG purchased Bison Stairlifts in 1998 which was a natural fit for its homecare businesses in Germany, Canada and Sweden. Distribution between 1998 and 2002 expanded to over 10 countries throughout the world, Bison were beginning to show export growth through their investment in product development, innovation and their go to market channel management.

Changing their Go To Market Channel

Product Innovation
On the back of an investment in innovation and design of one million pounds in 2004, Bison announced a new Lift Style stairlift called the Bison 80. Also in that year, a management buyout of the company was successful and from there Bison Stairlifts grew to an extent where it attracted the attention of rival British stairlift company, Acorn Stairlifts.

And so in 2008, Acorn Stairlifts acquired Bison.   Acorn kept the Bison brand within its catalogue of stairlifts products, however it closed down the Bison Stairlifts manufacturing plant in 2009 and manufacturing was moved to the Acorn factory in Steeton, West Yorkshire.

The Bison Stairlift brand remains to this day through Acorn Stairlifts and the Bison 80.

So, you have decided to purchase a stairlift, be it a reconditioned stairlift, a rented stairlift or a brand new stairlift. The […]

Stairlifts Within a home setting, getting up and down a stair case if you have mobility issues, stairlifts are used to solve […] 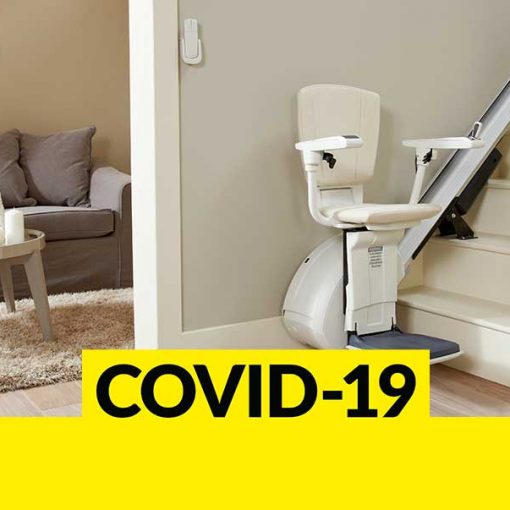 BM Stairlifts are open for business. We would like to assure our customers that we are doing everything we possibly can to […]

So, what is involved when you schedule a service for your stairlift? What can you expect, how long might it take and […]

Any cookies that may not be particularly necessary for the website to function and is used specifically to collect user personal data via analytics, ads, other embedded contents are termed as non-necessary cookies. It is mandatory to procure user consent prior to running these cookies on your website.